The Lawson Foundation is pleased to announce the recipients of its 60th Anniversary Emerging Leaders Awards.

In 2016-2017, the Lawson Foundation is celebrating its 60th anniversary as a national family foundation. As part of this celebration the Foundation created a set of two distinct awards. The Looking Back Awards recognized and acknowledged past grantees who have made significant contributions in their respective fields.

The second series of awards are being given to outstanding young individuals working in the philanthropic, charitable or non-profit sector. The six award recipients were chosen from a group of outstanding youth, who were nominated by our partner organizations at Foundation House. By reaching out to our Foundation House colleagues, we have not only broadened our thematic lens but we have also created a new opportunity for collaborative action.

The Lawson Foundation is very proud that it has 5 generations that actively participate in the Foundation’s work! Over the past few years the Foundation’s Fifth Generation (5G) has begun to participative actively through different projects, beginning in 2016 with the 5G Fund Accelerate (a micro-granting initiative focused on mental health) and now the 60th Anniversary Awards. These awards were designed to be a ‘from youth, for youth’ project led by the Foundation’s 5G.

As explained by Taylor VanDuzer, a 5G member at the Lawson Foundation, “these awards not only allowed us to support these amazing leaders, they also allowed the youngest generation at the Foundation to see and model the creativity, passion and perseverance demonstrated by the young award recipients.” Since the 5G are located all over the country and the world, our communication methods took advantage of new information technology, using social media groups to coordinate planning and action. This allowed the 5G to be connected by chat and video to enable their discussions.

From the nominations put forward, our 5G selected the Emerging Leader Award recipients based on criteria they themselves identified and created. The result was their selection of six recipients who have passionate leadership skills, are dedicated to their respective causes and projects, and are involved in the philanthropic, charitable or nonprofit sector in positive, refreshing and innovative ways. Following their identification, the Foundation’s Board of Directors approved $140,000 to be directed to the award recipients.

“The Lawson Foundation is pleased to be making these awards because we profoundly believe in the importance of supporting continued learning opportunities of young and emerging leaders in the sector,” says Marcel Lauzière, President and CEO of the Lawson Foundation. “All of the recipients have demonstrated strong and inspiring leadership in their respective organizations and all of them are making a huge difference either in their local community or across the country. There is no doubt in our mind that they will continue to be strong and effective leaders in the sector and contribute in wonderful ways to Canada and Canadians in the years to come.”

Liban brings over 15 years of experience and leadership from his previous roles in the public policy, healthcare, housing, philanthropy and social service sector. Liban has previously advised on and contributed to the creation of the Premiers Council on Youth Opportunities, Ontario’s Youth Action Plan, Youth Opportunities Fund, Youth Employment Fund and Toronto Community Housing’s Participatory Budgeting Process, among many others. Liban studied at York University to pursue a Bachelors Degree in Political Science and a Certificate in Social Work at the University of Toronto. Liban is also a committed and passionate volunteer having previously held roles as Board Director and Chair of the Granting Committee at the Laidlaw Foundation and Vice-Chair of the Board at Central Neighbourhood House.

Jessica is the Executive Director of the 4Rs Youth Movement, a collaboration of fourteen national organizations who are working with youth to create capacities for Indigenous and non-Indigenous young people to come together to cultivate understanding and action in support of a reconciled future. Jessica is an Anishinaabe-French from Sault Ste. Marie, ON, Batchewana First Nation, and has lived in Northern Ontario her whole life. She is a former board member for Community Foundations of Canada, and the Congress of Aboriginal Peoples, and a current Board member of Thinking Rock Community Arts, and a member of the Core Team for the Youth Social Infrastructure Collaborative (YSI). Jessica has a BA in Economics from Carleton University, in 2014 completed an Innovation Leadership certificate program with the University of Waterloo’s Centre for Extended Learning & Professional development as well as at the Harvard Kennedy School Executive Education – Leadership, Organizing and Action, and recently participated in the Getting to Maybe: A Social Innovation Residency 2016 at the Banff Centre’s Lougheed Leadership program. In her community, Jessica is working with other young leaders to foster arts-based economies, social infrastructure and hub spaces for change makers in Northern Ontario and in the future is hoping these initiatives will be a catalyst in the development of a more sustainable North and strengthening power of under-appreciated communities of people such as youth and Indigenous nations. 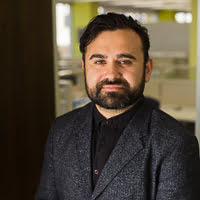 Born in Mexico, Chalo came to Toronto with his Mom and his cat Whiskers, who had the distinct privilege of sitting with the pilot for the whole flight home. Chalo combines his avid interest in art and social justice by being the co-founder and Executive Director of UforChange, a creative culture arts education project for creative youth. Chalo has received the Canadian Urban Institute’s Youth Leadership Award and a Diamond Jubilee for his contributions to the community. He is also a business partner at Christopher Paunil Designs, a Toronto-based women’s luxury bridal and evening-wear brand made exclusively in Canada and sold at Kleinfeld Hudson’s Bay. A creative problem, Chalo can always be relied on to boil issues down to the brass tacks, and find refreshing ways to be innovative and entrepreneurial. He is very honoured to receive the Lawson Foundation’s Emerging Leader Award. 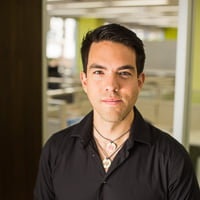 Kelvin is a First Nations filmmaker originally from Northwest Territories. At age 15 he started a video production company in his hometown of Hay River. His short films made during high school went on to win awards at festivals in Canada and around the world. He attended Simon Fraser University for film production, with continued success at film festivals and garnered his first national TV broadcast credit at age 21. Three months after graduating, at age 23, he was hired at CTV First Story, an Aboriginal current affairs show, where the first episode he produced/directed won a prestigious Jack Webster Award (the ‘Oscar’ of BC journalism). He’s won several other journalism awards since then, including a second Jack Webster Award. His narrative short The Dancing Cop premiered at the Toronto International Film Festival, screened at the Oldenburg International Film Festival, and several other festivals. In October 2016 he launched the We Matter Campaign alongside his sister Tunchai, believing it was possible to bring hope and love to Indigenous youth across Canada – utilizing many of his filmmaking skills. He’s currently in the process of writing his first feature, in addition to continuing the build and grow We Matter!

Tunchai is a two-spirit woman, social justice warrior, and poet belonging to Deninu K’ue First Nation, born and raised in Hay River and Yellowknife, Northwest Territories. Leaving home at 18 to pursue studies, she has graduated from the University of Guelph with a degree in International Development Studies and Certificate in Civic Engagement and Global Citizenship. Now living in southern Ontario, she continues to pursue her passion for community development and Indigenous youth empowerment. She has spent a significant amount of time working in and with First Nations communities across Canada and studying and volunteering abroad. By the age of 22, she is a recipient of territory, university, and nation-wide scholarships, has been named one of MTV and WE Day’s Top 10 Drivers of Change in Canada, has been published in a number of works for her poetry and academic articles, and is the co-founder of We Matter, a national non-profit committed to Indigenous youth empowerment, hope and life promotion. Her advocacy work and writing focuses on intergenerational trauma, LGBTQ and two-spirit rights, child welfare, youth and women’s empowerment, and the decolonization and indigenization of identity, mental health and healing.

The Lawson Foundation would like to thank its partners at Foundation House who all agreed to participate in the 60th anniversary initiative of the Foundation by making such strong and well-argued nominations: