As we celebrate 60 years of family philanthropy, we asked members of the Lawson Family to share their thoughts on what family philanthropy means to them and the impact of generosity that spans generations. Listen to their stories in this short video. 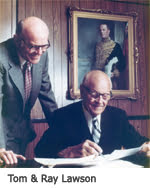 Frank Ray Lawson was born at home in London, Ontario in 1886 to Frank Edgar Lawson, a reporter, and Lorena Hodgins, a former teacher. In 1882, Ray’s father Frank, set up shop with Henry Jones, a compositor, and launched Lawson and Jones, a business making druggists’ labels, boxes, and cartons in London, a city with a growing population of 25,000.

As a young man, Ray became a salesman for his father. In 1909, Ray married Helen Newton and took her on a honeymoon to Europe, a trip he won for “most sales.” In 1911, while Ray was working as a salesman in Montreal and in the Maritimes, his father died suddenly at the age of 50. Ray returned to London to take over his father’s position and bought out the Jones family. In the course of his work, Ray’s chance meeting with a Director of Imperial Tobacco led to a lifelong friendship and firm business relationship. Lawson and Jones entered the profitable cigarette carton business. Over the years, Lawson and Jones grew and prospered and became associated with a British firm, Mardon Son and Hall owned by British American Tobacco.

With his business flourishing in the late 1930’s, Ray began to think of slowing down but the outbreak of World War II changed his mind. Ray responded to the Canadian war effort as a “dollar a year man,” becoming president of Federal Aviation, a crown corporation established in Montreal to manufacture aircraft. While in this position, he met and grew to admire Mackenzie King, Canada’s Prime Minister.

In 1946, Ray accepted an appointment as Lieutenant Governor of Ontario, a position he held until 1952. It was at this time that Ray and Helen moved from London to Oakville, Ontario. At the age of 67, the Honourable Ray and Helen Lawson moved to New York City where Ray served as Canadian Consul General from 1953-1955. The post war period was a time of increasing economic growth between the United States and Canada. When Ray turned 70 in 1956, he and Helen retired to Oakville where he continued as Chairman of the Board of Lawson and Jones.

One can only speculate what factors influenced Ray to establish The Lawson Foundation in 1956. Perhaps his age or the reality of a life-threatening disease, or his financial security motivated him. Certainly his life-long involvement helping others and his confidence in his son, Tom, to manage Lawson and Jones were influential factors. The Honourable Ray Lawson involved two of his five children in the Foundation as original Directors, his son, Tom and his daughter, Ruth Kindersley.

In 1972, Ray turned the management of the Foundation, with its asset base of two million dollars, over to Tom who moved its head office from Oakville to London, Ontario. Eight years later in 1980, the Honourable Ray Lawson died at the age of 94.

Ruth Lawson Kindersley, a widow of World War II, lived in Oakville with her two daughters, Barbara and Anne. She continued to be active with the Foundation suggesting funding for the Oakville area until her death in 1999. 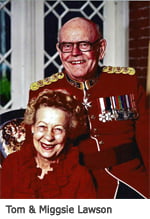 Tom Lawson’s distinguished career in business and in community leadership included serving in World War II. After the war, he continued his love of Canada and the military tradition as Colonel of the Royal Canadian Regiment (RCR), all the while carrying on a heavy business responsibility as President of Lawson and Jones and then as Honorary Chairman of Lawson Mardon. Tom served as President of the Foundation until his death in 1991 and was an enthusiastic supporter of the London Community in many ways. He began to contribute personally to the Foundation in 1975 and encouraged his children and wife, Miggsie, to follow his example. After Tom’s death, Miggsie served as Honorary President of the Foundation until her death in May 2004. During her lifetime, Miggsie brought her special vitality to a variety of community activities. The estates of Tom and Miggsie contributed to the Foundation’s dramatic growth during 2004 – 2006. A bequest in Miggsie’s estate created a grant program for the London, Ontario area.

Through the leadership of third and fourth generation descendants, the Foundation’s Board has redefined itself by honouring the family traditions and focussing on early childhood competencies, diabetes and strengthening communities.

Today the Board of Directors is comprised of fourth generation family members who are descendants of Tom and Ruth. Volunteer Directors from the community enrich the work of the Board. Tom Allan’s long association with the Foundation as a volunteer financial advisor and Director spanned from 1998 until his death in May 2004. Judith McCulloch, Bob Glossop, Jane Fitzgerald and Monica Patten served with distinction during their terms on the Board and continue their involvement as Members of the Foundation. Judith served as a Director from 2004-10 bringing her wealth of leadership experience in the philanthropic and voluntary sectors. Bob served from 2003-10 contributing his unique perspective as a sociologist and philosopher along with his understanding of Canadian families. Jane served from 2009-15 and offered a breadth of expertise acquired through leadership roles in management, policy and program development in children’s services for two provincial governments. Monica served from 2010-16 bringing her wisdom as a leader in the community philanthropy movement where she served as CEO of Community Foundations of Canada from 1992-2011.

Currently, two community Directors, Patrick Johnston and Wynne Young, bring their special skills to the Board. Patrick has a long and varied career in Canada’s charitable and philanthropic sector and has led a number or organizations, including the Walter and Duncan Gordon Foundation and the Canadian Centre for Philanthropy. Wynne is considered one of the Saskatchewan government’s longest serving deputy ministers, having devoted 16 years in that capacity, within multiple departments. She has also held various senior level policy management positions and been appointed as a senior policy advisor. She has also been involved in the charitable sector with organizations like the Regina YMCA and YMCA Canada.

Engaging the Foundation’s younger generations is a tradition that has allowed us to get to better know the new generation of philanthropists, to get them excited about the work of the Foundation, and to teach them about our grantmaking. Over the years, the Lawson family and the Foundation have done an incredible job of engaging up and coming generations. Continuing that tradition and as part of the new strategic direction, it’s a priority to engage the 5thgeneration in philanthropy and help build their engagement with the Foundation for the long term. Find out more about this engagement and how it is being done through the 5G Fund. 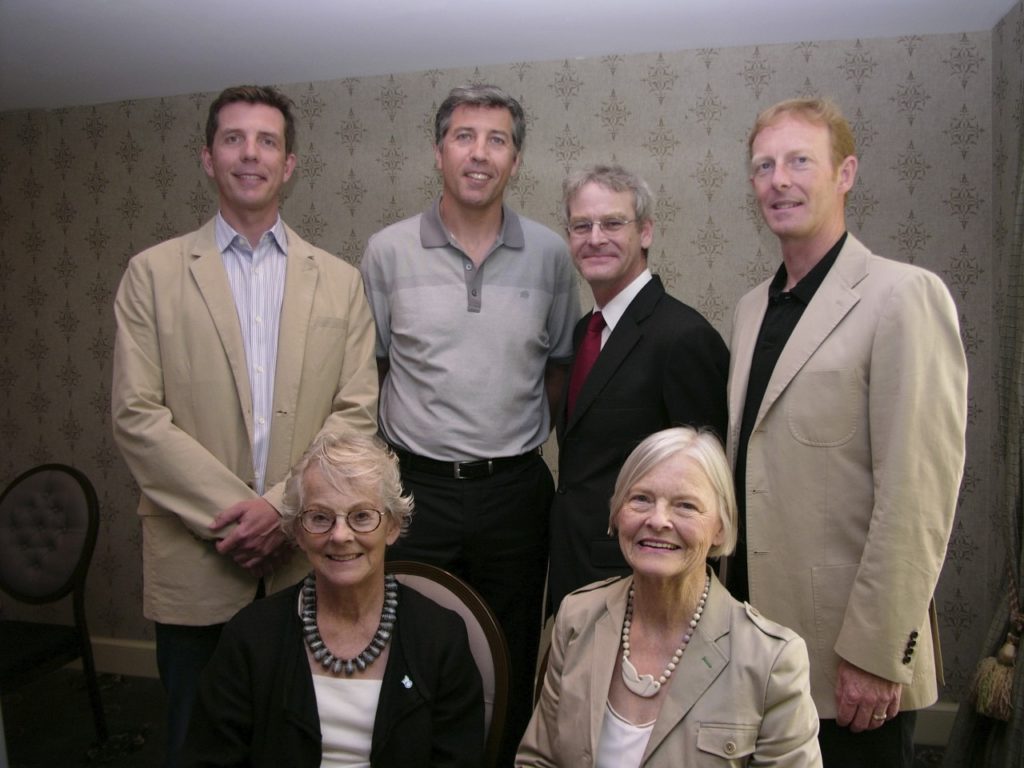